After nearly a week of attempts by lawyers from the People’s Law Bureau, to appeal the decision of the 18th Chamber of the Civil Division of the Istanbul District Court, yesterday late in the afternoon court of appeals in the Turkish metropolis, came up with a decision to release from hospital, two members of leftist music band Grup Yorum.

Immediately after the court’s ruling, the lawyers of Ibrahim Gökçek and Helin Bölek went to the hospital in Istanbul’s Umraniye district, where, since March 11th, the two were held against their will under threat of forced medical intervention.

The lawyers and relatives of the two musicians have been disputing with the hospital’s management, police chiefs and hospital’s security guards for hours. Until the last possible moment, the management of the hospital tried to prevent Ibrahim and Helin from leaving it, through various excuses such as “the documents are missing the signature of the chief doctor”, “we are waiting for an order from the governor’s office” and etc. While this was happening, dozens of riot police and agents of political police and public order unit were deployed inside and around the hospital. The highlight of the intense wait was the deployment by the police of barriers blocking access to the rooms where the two members of the Grup Yorum were held.

All these actions were taken by the fascist police, although there was a court of appeal decision and a decision by the hospital’s medical committee to release Ibrahim and Helin. Lawyers and relatives of the two musicians waited in front of their rooms for hours to get them out of the hospital and take them to the House of Resistance located in Istanbul’s Küçük Armutlu neighborhood, from where they were abducted after the police SWAT teams raided the house on the night of March 11, 2020.

Late in the evening, after repeated attempts by lawyers for the two members of the Grup Yorum and opposition MPs to understand the causes of the police blockade at the hospital, it became clear that the Ministry of Interior had appealed the decision of the Istanbul Court of Appeal.

The intense wait, accompanied by disputes with police officers who blocked the hospital, continued until about 19:30 pm GMT, when police eventually removed the barriers in the hallway outside Ibrahim and Hellin’s rooms. So their relatives managed to get them out of the hospital.

While the musicians and their relatives were on their way to home, police APCs patrolled on the streets of the neighborhood, apparently for the sake of fear of the locals and to eclipse the joy of this success of the resistance.

The two arrived at the Resistance House, around 21:00 pm GMT. 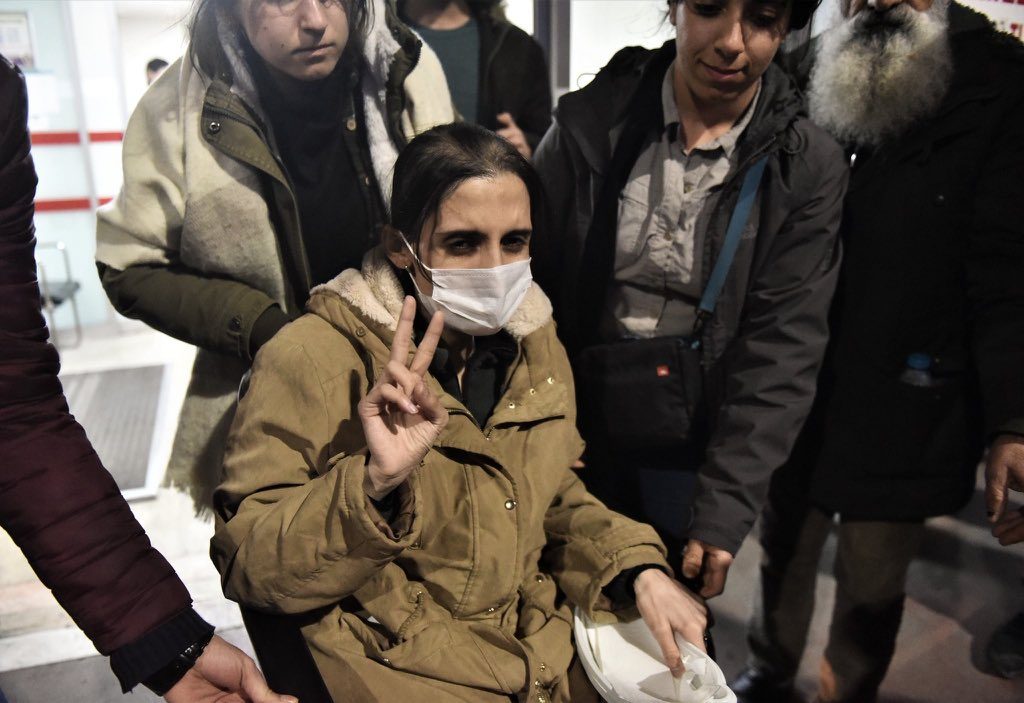