In Turkey, the period after 1960 was marked by the rapid development of the struggle of workers, peasants, and students. The emergence of a new and militant mass of workers, whose class consciousness was enhanced by the lessons learned from the struggles waged in the various workplaces around the country, led to an increase in the spread of workers’ protests.

The adoption of the law on trade unions and the law on collective agreements and lockouts[1] on July 24, 1963, led to a significant revival in the organization and association of workers. According to the adopted law on trade unions, it was facilitated for trade unions to organize based on each enterprise. This means that even if a single trade union organizes all workers in a certain company, due to the lack of a certain threshold of the required number of members to determine this union as a representative of all workers in a certain branch of the industry, this union can negotiate with all employers in the sector for the conclusion of collective agreements, as the sole representative of the workers in that sector.

The most striking sign of this new state of the worker’s movement in the country was the rapid increase in the number of trade unions. In some companies, the owners have set up unions that are under their control and de facto protect their interests, but in many other places, militant trade unions were being created, guided in their actions by the interests of the workers. The Confederation of Progressive Trade Unions (Devrimci İşçi Sendikaları Konfederasyonu – DİSK), founded on February 13, 1967, in a very short time became a center of attraction for the working class, which at that time had completely lost faith and hope that the pro-US government-controlled trade union confederation Türk-İŞ can change anything.

The oligarchy’s government, to stop the rise of DİSK, have started to discuss adoption amendments to the law on trade unions and the law on lockout, according to which: “for trade unions to operate throughout Turkey, at least one-third of workers in a sector who pay social security contributions must be members of this trade union.” The changes in these laws, about which the then Minister of Labor – Seyfi Ozturk from the Justice Party (AP)[2], says: “This will be the end of the game for DİSK!”, Aim to end the transition of workers from the ranks of the government-controlled trade union confederation Türk-İŞ, to the then militant Confederation of Progressive Trade Unions(DİSK).

The amendments to the two laws, submitted by the government of the Justice Party for voting in the parliament, were adopted with the support of the main opposition party, the Republican People’s Party (CHP). After then-President Cevdet Sunay approved the amendments on June 11, 1970, the bill went into effect the same day.

Against this attack against their rights, the workers said, “Let’s get in the fight!” The “lower class” was already talking. The decisions taken by the workers in the factories on June 14 became decisions of the Confederation of Progressive Trade Unions(DİSK), affecting all its members. But the real signature under the decision for workers to leave the factories and march on the streets is not the confederation’s top leadership, but the workers themselves. This is one of the hallmarks of the events of June 15-16, 1970, which makes them unique in themselves in the history of the labor movement in Turkey. Although the management of the government-controlled Türk-İŞ trade union, supports the attacks against DİSK, because the decision to protest was taken by the workers in the factories, workers members of Türk-İŞ were also involved in these events.

During one of the pre-protest meetings a DİSK worker’s representative at one of the Türk Demir Döküm’s iron casting factories, which employs 1,500 people, told to the workers:

“Since the revolutionary unions are not governed by their members – the workers, this decision is made by the workers. Brothers, here we must make the decision. We, as workers in the iron casting factories, have made a decision and swear to stick to it to the end. “

At another plant, Otosan workers said the following:

“Friends, today we, 600 workers, are ready to die so that this law is not passed, we are ready to fight against it, friends, the war has begun.”

On June 15, workers from almost all major companies in and around Istanbul and the industrial city of Izmit (about 100km east of Istanbul) stopped working and began marching on the streets of both cities. On the first day of the protests, the workers, who numbered about 70,000, began advancing on Istanbul from three directions and towards Izmit in two directions. Although police occasionally tried to stop the marches by detaining some of the workers, the marching workers managed to get their comrades out of the hands of the police and continue their protests.

On the next day, the number of workers participating in the protests reached 150,000. The panicked oligarchy, at the sight of these unprecedented mass workers’ protests, sent army units along with the police to stop the workers. The barricades erected by the army and the police were destroyed one by one by the workers. As a result of the fire opened by soldiers and police on the workers, three workers were killed: Abdurrahman Bozkurt, Mustafa Baykam, and Yasar Yıldırım, and hundreds of other workers were injured. In the face of powerful protests, panicked and fearful leaders of the Confederation of Progressive Trade Unions(DISK), through newspapers and radio, called on workers to end their protests immediately.

At the forefront of the protests, side by side with the workers, as always were the members and supporters of the Revolutionary Youth (Dev-Genç). DİSK leaders, declaring that the members of the Revolutionary Youth were provocateurs, urged the workers not to follow them in their actions and not to disturb public order. The helpless ruling classes in Turkey, under pressure from major protests and workers’ resistance, were forced to step back and withdraw the bill, for amendments to the law on trade unions and the lockout law. And finally, the victory was for the working class.

Throughout the protests, side by side with workers was the Revolutionary Youth (Dev-Genç), with whom they fought, was held under custody, and together resisted the army and the police.

– In the enterprises, the factories, and the workshops in which some workers were members of trade unions and those who were not members, there were workers – leaders who had taken to heart the ideology of the working class and were guided in their actions by the policies of the revolutionaries.

-Led by the policies of the revolutionaries, the workers had set up workplace committees and workers councils, in which all workers had the right to express their opinions, make decisions together, and put them into practice. These organizational forms were completely detached from the framework of the capitalist status quo and represented legitimate grassroots workers’ organizations.

– Thus, during the events of June 15-16, 1970, people from almost all groups of society took part in the protests together with the workers. This created a very good example of resistance, which was started by workers who are both union members and non-union members. In this resistance, civil servants, peasants, students, residents of poor neighborhoods(shanty towns/slums) were united. Despite the position of the leadership of the Confederation of Progressive Trade Unions (DİSK), for class cooperation and reconciliation of the sides in the conflict, the workers and all the people who were with them in their struggle fought to the last and selflessly.

The conditions that led to the protests of June 15-16, 1970, are present again today, more than ever

The reason for this is that today in enterprises, workshops, and factories, there are no grassroots organizations that are guided in their actions by the policies of the revolutionary movement. In addition to this picture are the passive actions of the trade unions. And also the “protester” understanding of “struggle”, which is far from bringing things to a positive outcome for the workers, and reduces everything to reading protest statements in the halls and, in front of the trade union offices. This behavior of trade union leaders encourages workers to remain inadequate in response to attacks against their rights. Today, many leftists and trade union bureaucrats keep repeating the need to work for workers’ unity and the “spirit” of the events of June 15-16, 1970. But they make no effort to create the necessary organizational structures. The reformist understanding of trade unionism applied today under the name “modern trade unionism”, which works for class cooperation and reconciliation between workers and exploiters, must be abandoned, and the understanding of revolutionary, class trade unionism must be applied in practice.

Today, the working class is facing one of the largest attacks against its rights in its history. One by one, the rights of the workers won so far are taken away, a trade union that has no right to organize and hold strikes is not a trade union. The right to strike was taken away from civil servants. The rights of trade unions in some areas are being taken away one after another. The ban to strike of the union of workers in the aviation industry, airlines, and airports, was approved by presidential decree. Workers protesting against the strike ban were fired. The AKP government also wants to take away the supplement to the salaries for the length of service class.

With the enslaving laws included in the so-called “national strategy for overcoming unemployment”, workers are enslaved. They want to destroy the rights of workers for free trade union association.

The system of subcontractors is dominating in all spheres of working life. Every day in Turkey, at least 3 workers die in workplace homicides. Turkey ranks first among the countries in Europe in the number of homicides at the workplace, and second in this indicator in the world. This is because it is more profitable for capitalists to pay the compensation due to accidents to the relatives of the killed workers and those who still survive than to take all precautionary measures in the workplace to ensure healthy and safe working conditions. The picture is compounded by the fact that there are no organized workers to pressure the capitalists to take these measures.

We must not forget that the largest attacks on the working class cannot be repulsed, with trade union bureaucrats holding meetings with the authorities and the oligarchy, and asking them for “favor”, “permission” and reconciling themselves with the capitalist status quo.

We must learn from the events of June 15-16, 1970. Nowadays, when workers want to be left without the right to free association, when the AKP government, by increasing exploitation, tries to create slave markets through the “national strategy for overcoming unemployment”, and wants to take away the length of service class allowance, the task of us – revolutionary workers, is to add new glorious pages to the history of the struggles of the working class. The way to create these new examples of struggle and resistance is through the creation of workers’ committees, workers’ councils, and workers’ fronts. The working class, through revolutionary policies, and proper leadership will create new militant traditions, and will take its rightful place in the struggle for socialism. The legacy of June 15-16, 1970, tells us to do this.

1- What is a lockout, you can read a little more at this address:

2-Bourgeois, pro-US party, combining nationalism and conservatism with neo-liberalism, existed from 1961 to 1980. After the coup of September 12, 1980, it was banned and disbanded. It is a continuation of the political tradition of the pro-US Democratic Party of Adnan Menderes and Celal Bayar, under whose rule began the process of turning Turkey into a neo-colonial country dependent on US imperialism. 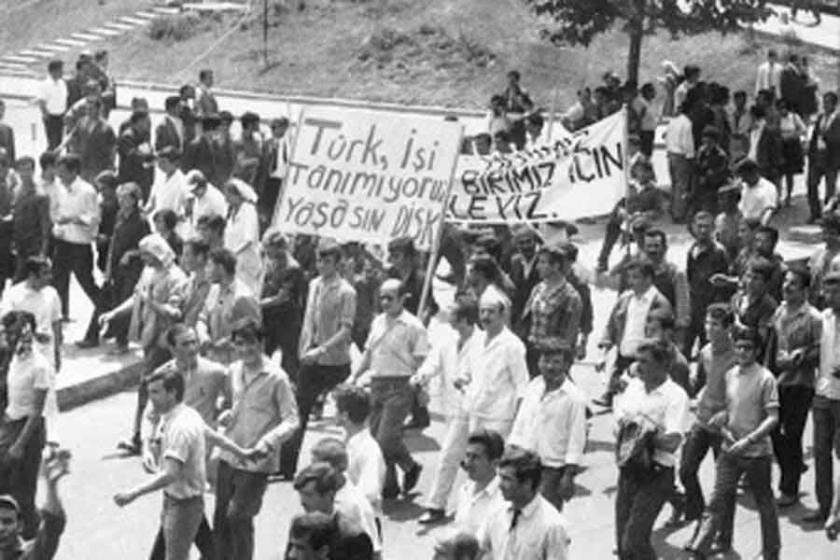 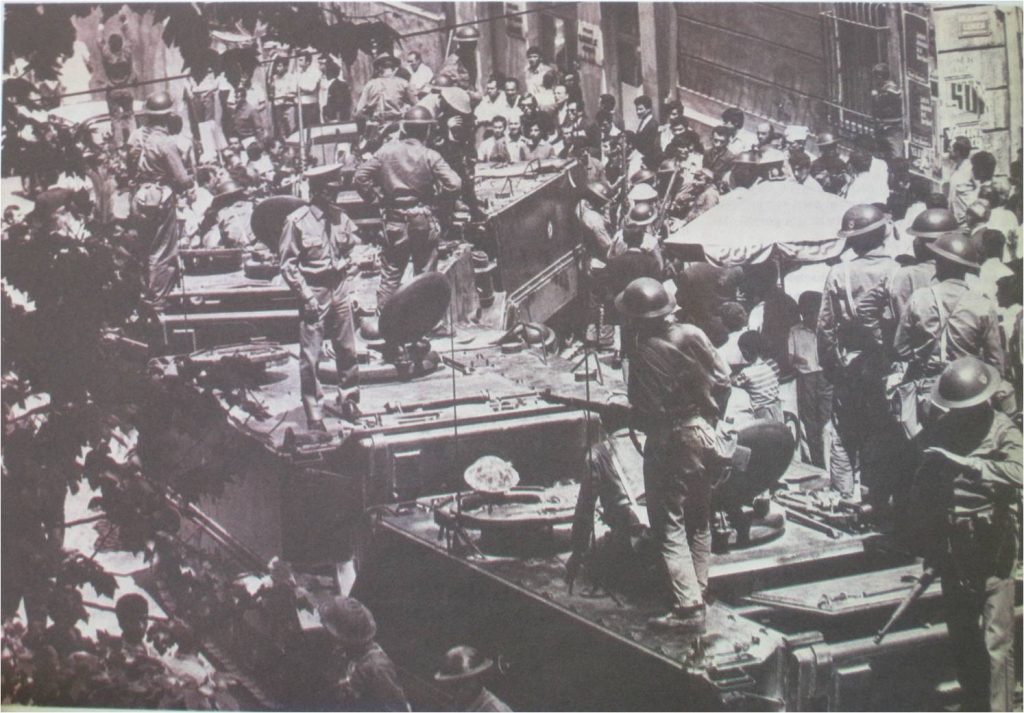 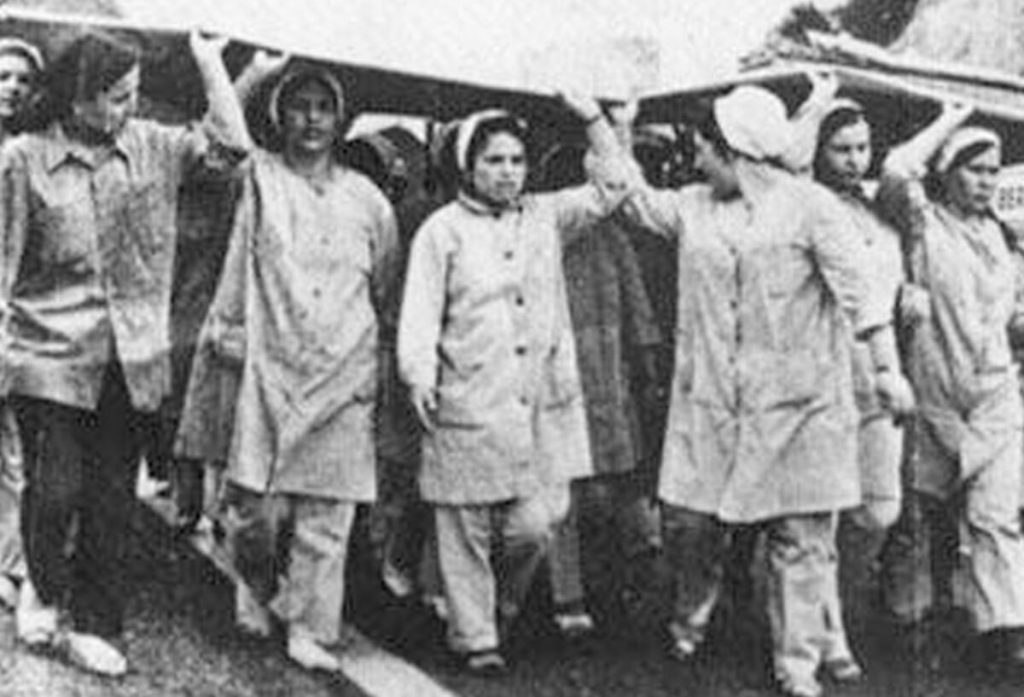 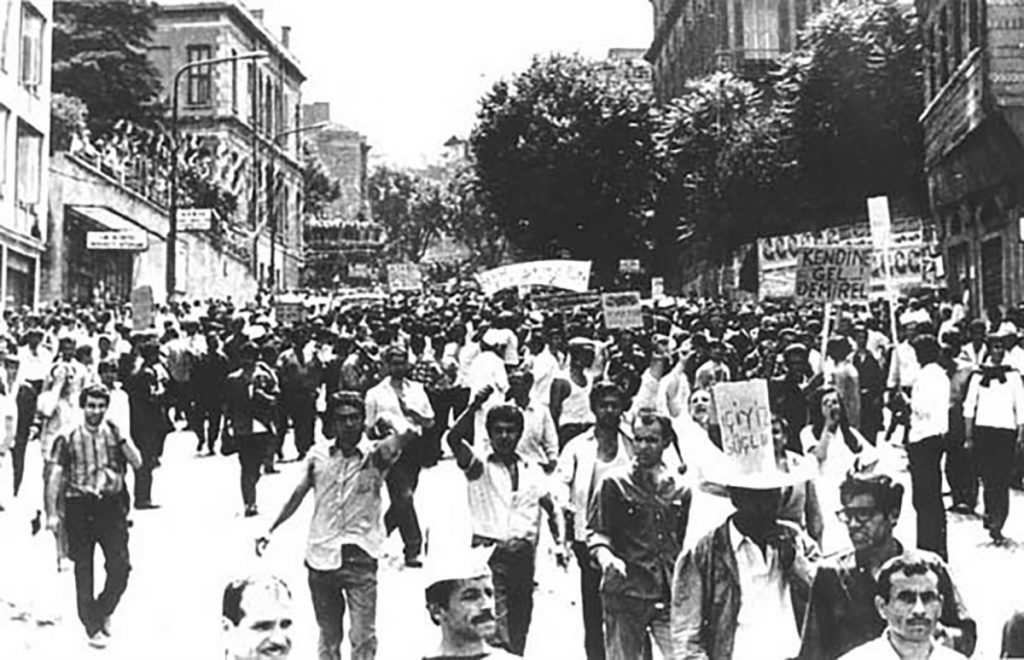